If you’re thinking of heading to the top-end then there is no better way to travel than in a 4wd. In most cases, 2wd campervans are not allowed on dirt roads except to go a few hundred meters to get to a camp ground. Of course that is an easily

If you’re thinking of heading to the top-end then there is no better way to travel than in a 4wd. In most cases, 2wd campervans are not allowed on dirt roads except to go a few hundred meters to get to a camp ground. 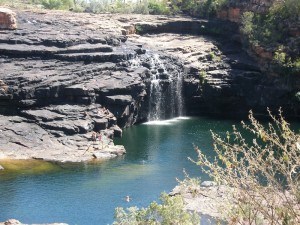 Of course that is an easily broken rule, but if you break down out on a dirt road or break something on the campervan like its suspension, then you will be up for 100% of the costs as you would have been in breach of contract at the time. One way to avoid those possible costs is to go in a 4wd campervan that is allowed to go on dirt roads and pretty much any other sort of road too.

When it comes to the top end of Australia, you are looking at around 57% of roads being unsealed and unavailable to 2wd vehicles. That’s not just because the 2wd campervan contract says you can’t go on the roads, just that, simply, the 2wd won’t make it very far. Low ground clearance of the vehicle, deep ruts in the road and general lack of grip will see to it that a 2wd vehicle is stuck and out of commission pretty quick. In the heat of the Northern Territory, and northern Western Australia this can actually be a life threatening situation.

Keep in mind there are other factors that seem less obvious that can take out a 2wd vehicle too. The washboard kind of rutting that develops on dirt roads can last for many, many kilometers in Australia and quite simply, it can shake an under prepared vehicle to bits. Don’t expect the 2wd vehicle to fall apart like the Blues Mobile at the end of car chase in The Blues Brothers (although that would be funny to see), but rather it will ruin the suspension, shocks and springs of the car, will vibrate loose screws and bolts inside the cupboards etc, loosen mounting points and shift everything in the cupboards. At the least, expect all your pots and pans to fall out next time you open the cupboard, more likely, you will be up for a full re-kit of the suspension. 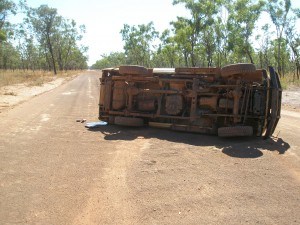 Another issue with a 2wd on these kinds of roads is grip. It is very easy to lose traction when turning bends and find yourself off in the trees, down in a ditch or in a very nasty accident. Dirt roads at any kind of speed, rutted or not, are very dangerous when a vehicle has no grip with the front wheels.

But the the best reason to get a 4wd in the top end is not because of all the bad reasons, but because of all the good ones. Some of the outback’s most classic locations are on reachable by 4wd. These are the kinds of places that are in the magazines and movies and are the reason people want to travel the outback in the first place. If you are going to go to the top end, and planning on highway driving from Darwin to Uluru or Darwin to Broome then you are going to miss out on 80% of the true beauty of the region. Don’t skimp a little bit of money and get a less-than-best vehicle for your one journey to the top end. 5 years on, you will only remember what you did and didn’t experience in the top end, not how much it cost you.

If you think you’d have a better time in a 4wd, then head on over to the booking page and check out some 4wd’s that are available.