Sydney is brimming with all sort of natural goodness. And nothing is more fitting than to go national park hopping.

Planning to rent a campervan and travel around Sydney? Consider visiting and spending the night in one of the multiple national parks situated in the area. Not all of them allow overnight camping. However, here is a list of those, which do, and are located not far from the city. 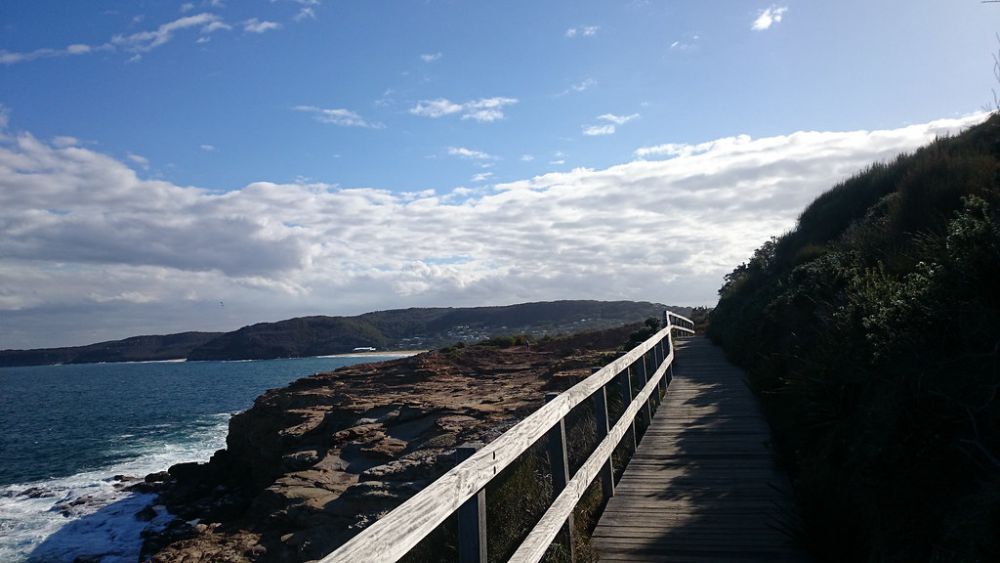 Located just 46 km away from Sydney, in the Central Coast region of New South Wales, Bouddi National Park occupies the area of 3790 acres. There are 16 kilometers of coastline and seven beaches available for visitors. The 8-kilometer Bouddi coastal walk runs from Putty Beach to MacMasters Beach and is known as one the most picturesque walks in the Central Coast region. The hike is not difficult but features boardwalks, fascinating views, thick rainforests, and numerous attractive picnic spots.

There are plenty of opportunities for photos in Bouddi National Park. While wandering along the walk, you are about to spot magnificent wildflowers, migrating whales, rich birdlife, and beautiful beaches. If the walk is too long for you, you can divide it into 3 shorter sections: from Putty Beach to Maitland Bay, from Maitland Bay to Little Beach, and from Little Beach to MacMasters Beach. Anyway, it’s worth an effort, as the coastal views are fabulous! 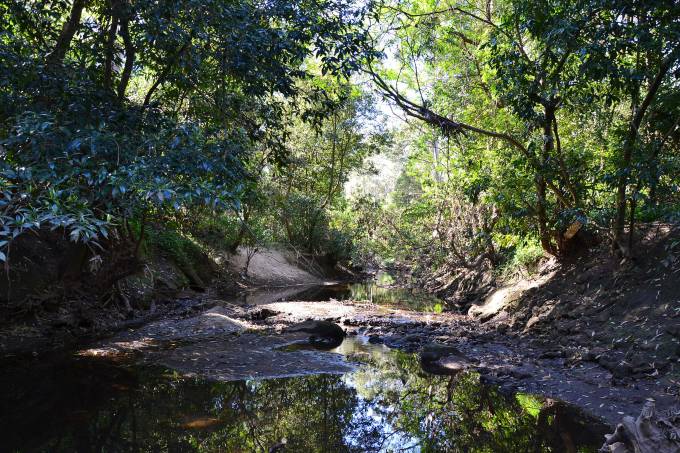 Located within metropolitan Sydney, the 920-acre Lane Cove National Park is a protected area, which lies on the banks of the Lane Cove River. The park boasts rich natural vegetation, including sclerophyll forests, mangroves, heathland, and tidal flats.

The park is situated within the easy reach from Sydney, offers numerous spots for picnic and a comfortable caravan park. If you want to stay overnight, go to Lane Cove River Tourist Park and book a campsite.

There are numerous walking tracks and places to ride a bike available for visitors. You can hire a boat at the Lane Cove Boatshed and ride along the Lane Cove River. Or enjoy the park’s birdlife: listen to kookaburra and look out for colorful lorikeets flying between the trees.

If you travel with kids, they will surely enjoy the park’s playgrounds. There are three of them, all well-equipped and well-maintained. The Lane Cove National Park will become an unforgettable experience on your trip around Australia! 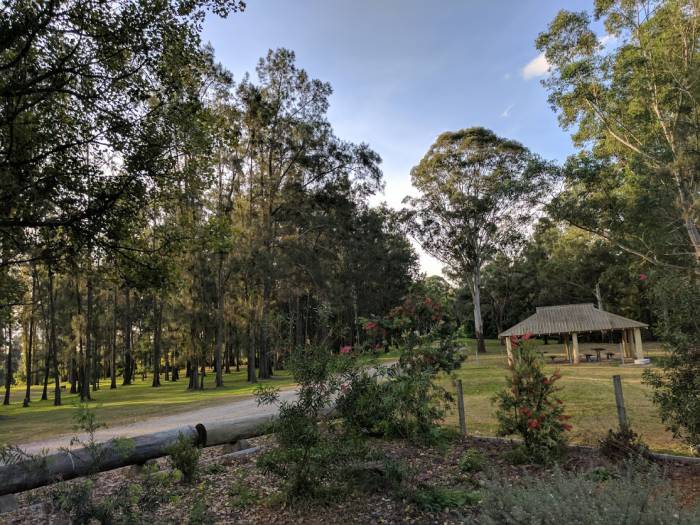 The Cattai National Park is a protected area in the Hawkesbury region of Sydney, situated approximately 60 kilometers away from the city. Situated on the Hawkesbury River, the park occupies the area of 1050 acres and consists of three parts: Cattai Park, Hope Farm, and Mitchell Park.

The park preserves important historical and archaeological resources, such as ruins of a stone windmill, convict-built dry stone walls, a homestead built at the beginning of the 19th century, and a variety of other sites. There is also a number of Aboriginal sites, important to the history of the country. By the way, the Hope Farm Mill is considered the oldest industrial building in Australia. There is also a wide variety of entertainments in Cattai Farm, such as canoeing, bike riding, gaming… And you can have a great family barbecue.

Mitchell Park, on the other hand, is a more secluded location, great for a relaxing weekend. There are five kilometers of walking tracks through the native vegetation, such as scribbly gum forests and tall bloodwoods. Moreover, it’s a great place for fishing.

The park’s closeness to Sydney makes it a great destination for a family weekend away, so don’t miss your chance! 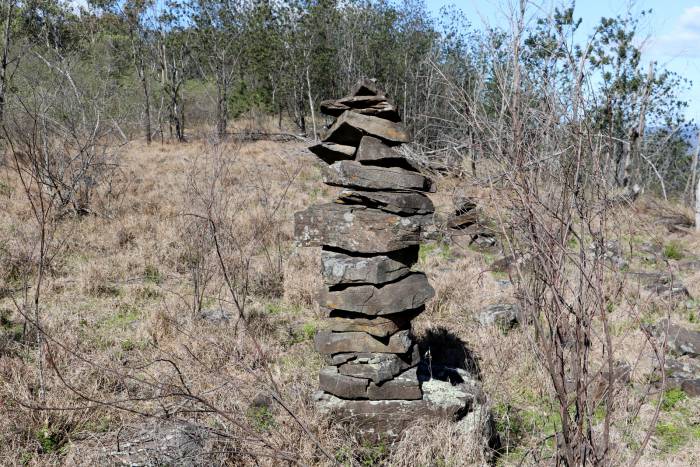 The park combines fabulous views, secluded wildlife, and valuable Aboriginal cultural heritage. It is an area of steep gorges and rocky ridges. Located not far from Sydney, the park is rather secluded and creates a feeling that you are millions of miles away from the hustle of urban life.

There are four campgrounds available within the park area. Two of them are accessible with 2WD vehicles, except for wet rainy weather. The other two can only be accessed with a 4WD.

There is a number of walking tracks in the Yengo National Park, from the easiest to the most difficult ones. Also, the wildlife is rich and various. You can take binoculars and go birdwatching or just enjoy the spectacular views around you. 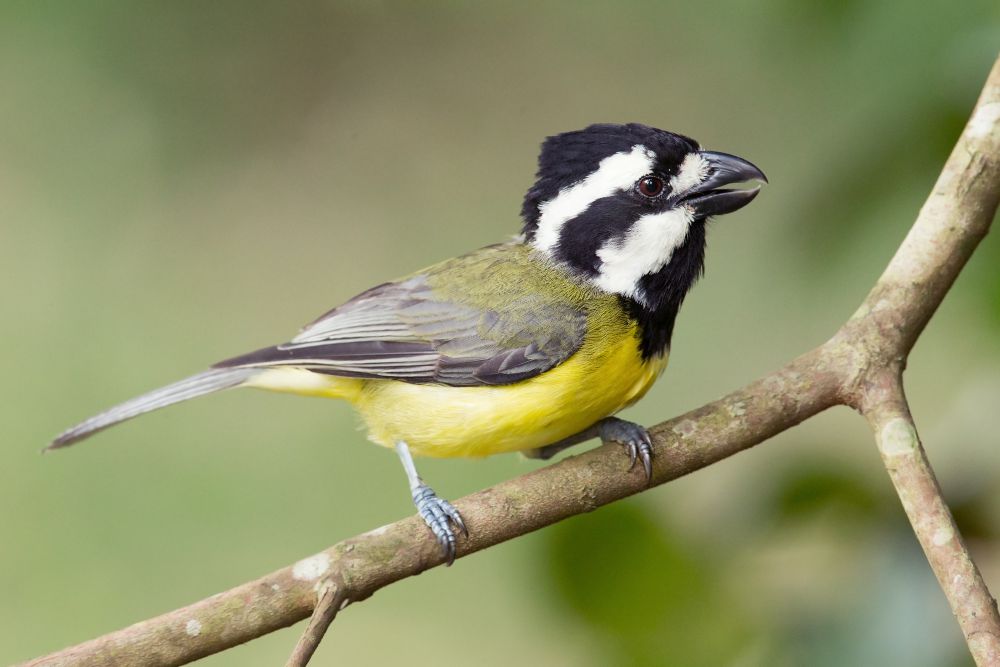 Another protected area, the Dharug National Park occupies the territory of over 36 thousand acres in the Central Coast region of New South Wales. Situated approximately 80 kilometers away from Sydney, the park contains one of the Australian Convict Sites, listed on the UNESCO World Heritage list – the Great North Road.

There is plenty to do in the Dharug National Park. Take one of the walking tracks, ride a bike, take a guided historic tour, explore the Hawkesbury River by canoe and kayak, or just camp under the stars. There are two campgrounds within the park area, both accessible with 2WD vehicles.

The park is bustling with wildlife. You can spot gang-gang cockatoos, green catbirds, and satin bowerbirds. And if you plan to stay overnight, don’t forget to take a torch and look for different kinds of gliders. During the night, you can hear their loud calls.

You won’t get bored in the Dharug National Park, that’s for sure! And regardless of which national park you choose for camping, you are about to spend a great time in Australia! While a road trip in your own house on wheels will become the most unforgettable experience!