Get off the beaten trail when you hire a campervan and make you own plans. Check out these 7 amazing places in Queensland that most people miss out on when they're on a bus tour or hop-on hop-off bus.

Queensland is arguably Australia's number one travel destination. With innumerable stunning beaches, theme parks, tropical rainforests and national parks to explore, it's easy to see why the Sunshine State is so popular with tourists and hardened travellers alike. It's just as easy to see how people miss visiting so many amazing places in Queensland.

Often people miss these amazing places simply due to time constraints, with the vast size of Queensland limiting travel options. A well-researched and planned campervan road-trip will ensure that all the hidden gems Queensland has to offer are discovered and enjoyed.

Get off the beaten track and explore some of Queensland's amazing hidden places. From lesser known beaches to isolated national parks and interesting towns to stop over in, this list is a guide to all the places which are too often neglected by travellers. 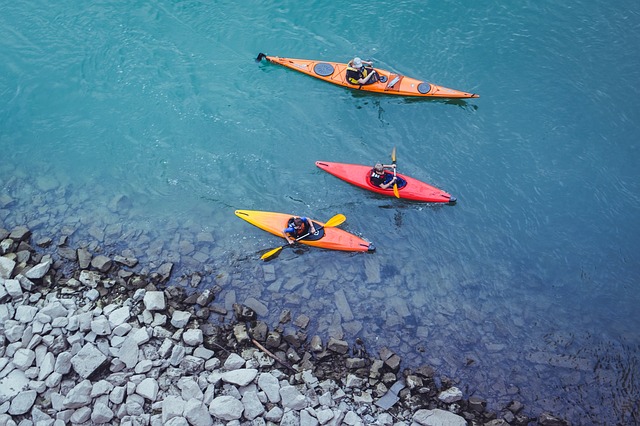 Situated a hefty 340 kilometres north-west of Mount Isa and 100 kilometres west of Gregory Downs, it's no wonder this isolated national park is left off many itineraries. Those travellers who do manage to make the trek are rewarded with breathtaking gorges, pristine waters and lush vegetation. Exploring the 20 kilometres of walking tracks, canoeing through Lawn Hill Gorge, studying the sandstone rock formations and take part in birdwatching are hallmarks of a trip to Boodjamalla National Park. The park is home to the rare purple-crowned fairy-wren, among 140 other bird species. Boodjamalla is accessed via an unsealed road, so it's advised that visitors carry excess fuel, water, and food. A great adventure for those who have hired a 4wd campervan and are looking to go where most road-trippers don’t. 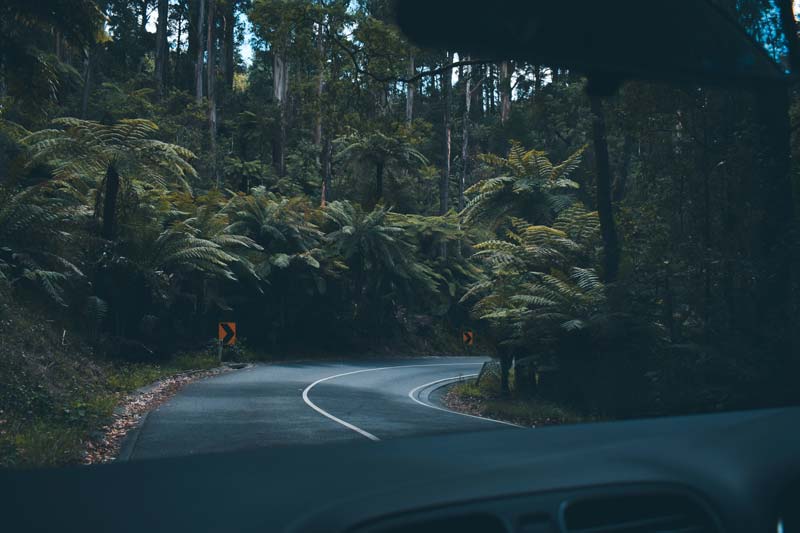 Often bypassed by travellers hugging the coastline, Tamborine Mountain is just an hour drive from Brisbane and a mere 45 minutes from the Gold Coast and boasts a plethora of attractions. It's impossible to be bored while exploring Tamborine Mountain. The subtropical climate is perfect for hiking, with hiking trails for all levels of fitness crisscrossing the mountain. The Tamborine Rainforest Walk's elevated platforms are the perfect way to enjoy the spectacular views and Tamborine Mountain the perfect place to chase some permanent waterfalls. Other activities include hot air ballooning, horse riding, hang gliding and glow worm cave tours. The mountain is home to many camping sites where you can park up the campervan overnight and stare at the millions of stars seen so clearly from here. 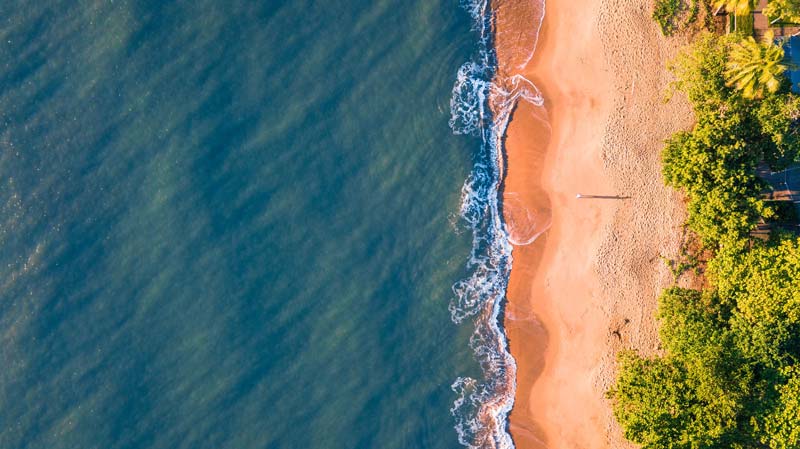 With tourists flocking to Airlie Beach in the warmer months, it can become quite crowded and can quickly lose its charm. But seeing as you’ve hired a campervan, drive a mere 15 minutes north however, and the small township of Dingo Beach offers an expanse of almost deserted beaches. Stretching kilometres, Dingo Beach is ideal for snorkelling, swimming, fishing and picnicking. A public boat ramp allows access to some of the best deep-sea fishing in the country. The town only has a population of approximately 170 people, however the local pubs provide all the comforts travellers need. There are a number of campgrounds near Dingo Beach and its neighbouring town Hydeaway Bay, so there is really no excuse to miss this haven of a beach.

Nestled in Queensland's central craggy highlands is the Carnarvon National Park. The titleholder of the park, Carnarvon Gorge, is 30 kilometres long and 600 metres deep at the mouth. Created mainly from water erosion, the gorge features soaring sandstone cliffs, winding side gorges and a vast array of wildlife. Remnants of ancient rainforests are preserved in the ravines, with rocky creeks and pools offering something new around each corner. The park offers a number of guided tours to ancient Aboriginal rock art. A highlight of taking the campervan to Carnarvon National Park is the spectacular show put on by the night sky – with little light pollution due to the isolation of the park, this is one of the best places to stargaze. 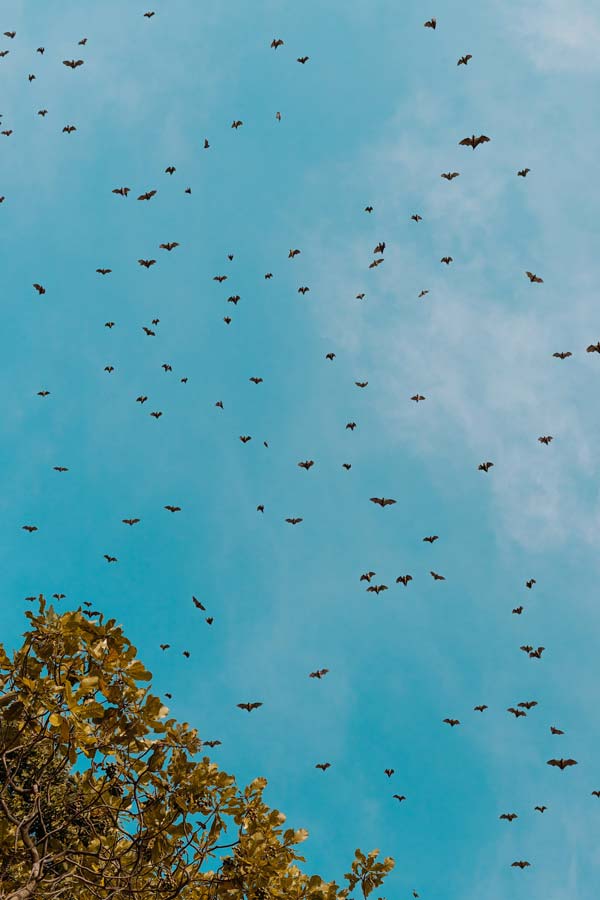 Undura Volcanic National Park is a hidden gem of tropical north Queensland. The park is famed for the remains of a lava flow from a single volcano – the longest in the world! The fifty or so caves which riddle this lava tube are extremely fertile ecosystems, with tropical flora and fauna thriving in them. Those who are easily spooked beware – the caves are home to four types of bats. Undura Volcanic National Park is situated 300 kilometres southwest from Cairns, so if you’ve hired a campervan in Cairns it’s only a few hours away and is a haven for bushwalkers and keen mountain bikers alike. Hiking trails range in level of expertise, and mountain bikers are sure to experience both challenging and invigorating tracks. Photographers will delight in the countless breathtaking vistas. Tours of the lava tubes are guided and run in accordance to the seasons. 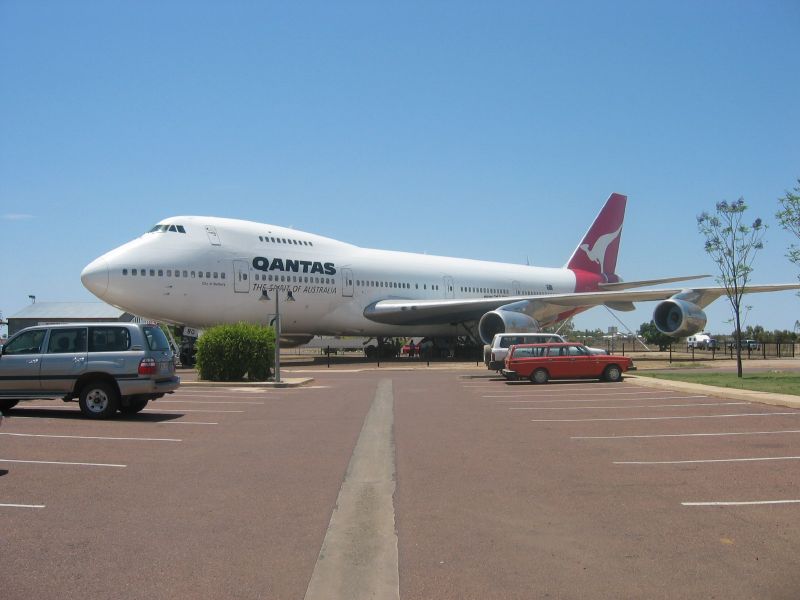 There is more to Longreach that meets the eye. Often overlooked in favour of its coastal cousins, Longreach is the perfect town to while away a day or two. 700 kilometres from the coast your best off having your own vehicle to get there and hiring a campervan from Brisbane, Townsville or Cairns will provide the vehicle, accommodation and kitchen in one fell swoop. Longreach has a population of approximately 3000 people and a number of unique tourist attractions. The Quantas Founders Outback Museum is housed in a heritage-listed Quantas hanger and is filled with aerial artefacts and aircraft. Longreach is also home to the Australian Stockman's Hall of Fame which is dedicated to the pioneering people of outback Australia, featuring five themed galleries as well as live stockman shows. Tours of the biggest classroom in Australia at the Longreach School of Distance Education (formerly Longreach School of the Air) are another major drawcard for the town. 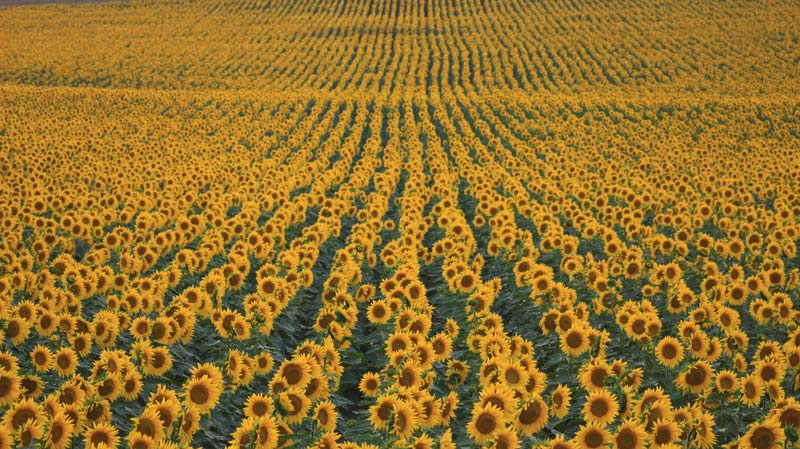 Made famous by Instagrammers, these sunflower fields are missed by most travellers merely due to the crop's short blooming period. The flowers bloom between January and March (depending on the weather), however planning an entire trip around the sunflowers is a must – these seas of yellow are truly not to be missed. Numerous areas of Southern Queensland are blanketed with sunflowers in the warmer months, with many crops only two hour drive from Brisbane. These crops are private property and farmers are having to remind tourist not to damage the crops, however snapping a pic in front of the golden flowers is encouraged.

Although the main travel destinations in Queensland rarely disappoint, it can be both thrilling and rewarding to explore the backroads and lesser known areas of this beautiful part of Australia. Hiring a campervan really will set you free to explore all these destinations at your own pace. Stay as long as you want in places, and change your itinerary whenever you want – it’s the only way to see whatever takes your fancy and meet some locals in unusual places too.