1. The customer service was barely acceptable on picking up the vehicle. T...

We rented this great Mercedes Sprinter based double berth motorhome which i...

Kangaroo Campervans, based out of Sydney since 1998, have been an offshoot of Network Car and Truck Rentals since their inception in 1995. Owned and operated by the family-run Collard Cars Pty Ltd., they are not affiliated with any multinational group and take particular pride in their independence, which they say allows them to offer a high standard of personalised service.

As an Aussie website born and bred, Kangaroo presents themselves as a “one-stop-shop” for campervan holidays in Australia. In practice, this means not only that they cover the full range of motorhomes available for rental, from two-man flat-top ‘campette’ models to a six-berth motorhome, but that they seek to provide an ‘all-in-one’ service—so linen and bedding, kitchenware, outdoor furniture, unlimited kilometres, and basic insurance are all included with the cost of any rental. They emphasise their range of depots and service contacts around the country, most on the east coast in Brisbane, Cairns, Melbourne, and Sydney, although they also have locations in Darwin and Perth. With multiple depots, customers can drop off their hired vehicles at any of these. Airport pickup is also available.

Kangaroo’s vehicles are Toyota and Ford makes, and there are four different models from which to choose: two 2/3-berths (although one is a good deal smaller than the other and is more of a 2-berth vehicle at heart), a 4-berth and a 6-berth. While this may not be as much choice as other motorhome hire companies offer, there’s an appreciable simplicity in the sleekness of this fleet, with each model suitable for different party size.

The vehicles are relatively old, with the smallest (and most budget-friendly) model, the Economy Poptop, dating from 2002 to 2004; other vehicles date variously from 2007, 2008 and 2009. While older vehicles aren’t always popular with holidaymakers, there’s an upside to the age of this fleet: with all the miles they’ve done and all the country they’ve traversed, they’re still in good enough nick to serve as rental vehicles today.

The Economy Poptop is great for those on a shoestring budget. Seating three and sleeping two (although it can technically sleep three, as one bed is situated in the pop-up roof, with one double in the body of the vehicle), and with a manual transmission, it’s ideal for a couple, either solo or with a child. Provided with the vehicle—as with all the vehicles—are an awning, outdoor chairs and table, a microwave and all linen and kitchen equipment.

The Hi-Top, a 2008 Toyota Hi-Ace, can also accommodate two adults and one child. The main differences between this and the Poptop are the Hi-Top’s larger size, as well as its provision of a sink, 40-litre fridge, and two-hob gas cooktop. The driver’s cab also has both air conditioning and heating. This model is good for a couple or a small family, but despite its largeness relative to the Poptop, it’s a bit of a tight squeeze inside, so if you value your space, it might be a good idea to look at a bigger vehicle.

The Sherwood Budget Micro, a Toyota Hilux, is a 4-berth model that’s fairly economical for its size, running at 14 litres per 100 kilometres. The bed in the cabover sleeps two and is the same size as the other double in the rear. Seating two in the cabin and two in the rear, this model will serve a family of three or four very well. A basic kitchen with sink, microwave, two-hob gas cooktop, fridge, and hot water is contained within the living area, and there’s also a very small but functional toilet and shower.

The biggest vehicle offered by Kangaroo is the Sofala Budget 6-berth, a Ford Transit. It can accommodate up to four adults and two children, with two full-sized double beds and one mid-size bed (still larger than a standard single at 1 x 2 metres), and has air conditioning. The kitchen is fitted with a sink, a four-hob gas cooktop, a 90-litre fridge, and a microwave, while the bathroom contains a toilet and shower; there’s also a standalone gazebo provided with the vehicle.

Insurance is included in all rates quoted on the website, and the renter is responsible for a damage liability fee ranging from $400 to $5000. Payment of an excess reduction fee is optional at $25 per day, which reduces the excess to $400 for drivers of over 25 years of age, and $1000 for drivers 21-24 years. Unlike some other companies, this is the only excess reduction option available, which is a little disappointing. At the time of collection, the estimated rental value is charged upfront and a pre-authorisation is made to the renter’s credit card for the applicable security bond. Provided that the vehicle is returned undamaged and no additional charges apply (such as for fuel), the pre-authorisation will be canceled by the card issuer within three to seven working days. Overhead, underbody and water damage are not covered.

Kangaroo has little feedback, which is in line with the principle that ‘no news is good news’—people don’t tend to leave feedback when they’re satisfied. A couple of reviews around the internet, though, point up a few issues—notably that the company’s agents at other depots than the central location in Sydney can be unhelpful, and that vehicles haven’t always been in great condition. The central office, however, has been widely praised for their helpfulness, and people report that prices are very reasonable for the quality of what you get.

While this company doesn’t have a lot of information on their website, travellers generally report positive experiences at good prices. 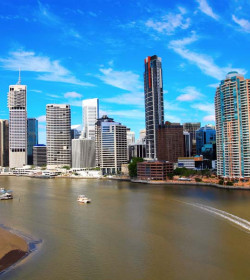 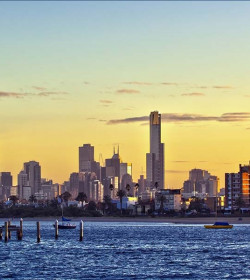 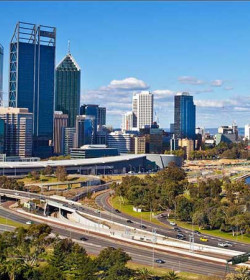 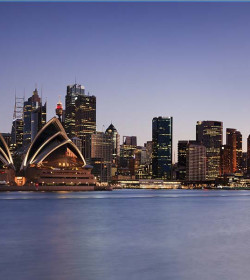 1. The customer service was barely acceptable on picking up the vehicle. The service attendant did not
reasonably explain how to operate the refrigerator or the hot water system. Nor check /confirm if all items were workable (which they weren't).
2. There was a sink plug that was broken which required us to purchase a new one. Also there was water leaking from the plumbing below the sink.
3. The locks on some of the outside compartments were jammed, unable to lock or unlock.
4. We invited our travelling companions for a B.B.Q dinner on the third night, pulled out the B.B.Q which was in such a filthy condition that we slid it straight back in, spoiling our plans for that evening. Which left us feeling very embarrassed and disgusted.
5. The refrigerator was not working properly and we had to ring for advice, even then did not work properly
as in the freezer would freeze ok but the rest of the fridge was only just cool. A lot of food had to be thrown out because it did not keep for more than a day.
6. The cabin Air conditioner would only work intermittently. It might work for 10-20 minutes then stop for up to an
hour and come back on again, which was very inconvenient, to say the least, with some days reaching 37 degrees.
7. The vehicle would consistently shudder between 90 and 95 kph. Wheel balance? Wheel alignment?
8. As reported, the right hand large rear view mirror fell while we were driving along. I noticed it has slid down to the bottom of the plastic surrounds. It was wedged fairly tightly to the bottom of the frame and decided it would be ok till the next town, but when I checked a few minutes later it had flown off.
9. Items in the storage compartment at the rear of the vehicle were in a poor state of repair. Only 2 camping chairs (for a 6 berth), insufficient hose connections, no blue liquid for the toilet cassette.
10. It was just shoddy.
These issues led to a disappointed feeling towards the rental company and spoiled what should have been a great holiday experience

We rented this great Mercedes Sprinter based double berth motorhome which is not listed in the fleet of Kangaroo Campervans for 8 weeks and travelled with it from Adelaide to Cairns (more than. 6.000 km). We booked it online from Germany via campervanfinder.com.au as we were looking for a comfortable motorhome for two people for a reasonable price. It was not a new van (starting at 135.000 km) and the interior was a little worn, but everything was functioning, and the layout was ideal for us (retired couple with some need for comfort and space). The handing over in Adelaide was very quick and uncomplicated; there was no detailed introduction nor checking of all the items in the van. We were very relieved when we got a message from Howard Morton introducing himself as our aid for the whole travel. As there were several incidents during this long trip like toubles with the engine, with the fridge and a torn tyre we only can say: Howards service was excellent. We always could reach him and he found a solution for any problem that didn't interfere our travel plans too much. We also appreciated the all inclusive policy of Kangaroo Campervans. We got everything we needed inclusive bed linen, kitchenware, insurance etc. There were no hidden nor extra costs. Even a car repair we payed we got refunded immediately.
We only can recommend this company. It has a good price-performance ratio and an excellent service.

Van was filthy, and damaged, many things like toaster and table were broken and most disturbingly one of the tyres was half bald. Manager tried to withhold deposit and blame me for damage, rude and out of touch with the poor standard and cleanliness of van.

We had the hitop for 6 weeks and we really enjoyed our trip. Despite a few problems with the water pump, we had no issue with the van during our 7000 km on the road. Very great staff service in Sydney, Howard was always there to answer our questions. Thank you!

"Had a great trip"

Van, at the cheap end of what was available, did what we wanted for 15500km.
About 3 weeks in the clutch broke and we had to nurse it into Ulurhu, but that didn't delay us as it took 3 days to repair and we were staying for 4 anyway.