Kick-start your RV journey to these amazing scuba diving getaway spots found only in the US. Your visit to them will be enjoyable and you will have plenty to talk about later.

If scuba diving is a favorite passion of yours, then include in your next RV tour some of the most amazing beaches in the US where the practice is a popular pastime for many. The country has some of the most fantastic beaches seen anywhere in the world and once you are present at any of them, you will know why tourists keep visiting them so often. Therefore, I advise you to let your next RV rental take you to these breathtaking scuba diving locations found only in the US. 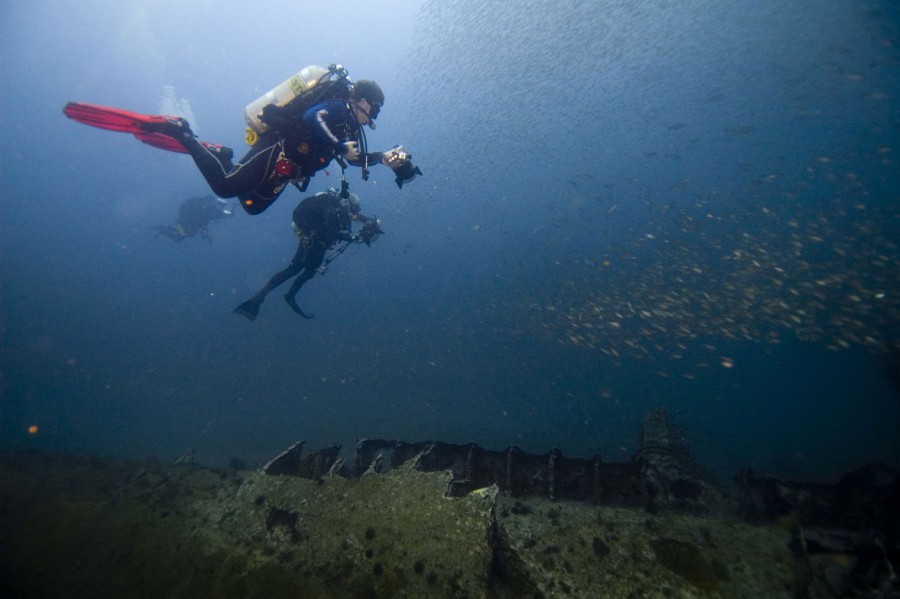 Morehead found in North Carolina is the place to be if you are a savvy diver who loves seeing sharks and wrecks. A leading wreck found at Morehead is the Spar, which is an 80-foot cutter that remains intact at a depth of 110-ft. Some other interesting wrecks seen at the dive site are Papoose, Aeolus, and Caribsea. This diving site is also a great place to use as a training ground for those more adventurous divers who want to really get involved and do some wreck penetration. The Gulf Stream that runs through Morehead’s water attracts various prey, which in turn draws sand tiger sharks to the area that is in search of a meal. Your RV rental will never be complete until you pay a visit to Morehead in North Carolina, where you can expect to have a great time practicing your scuba diving techniques.

The Flower Garden Banks situated at the farther eastern coast of Houston, Texas is your next scuba diving RV stop. Its offshore location is about 100 miles (160 km). Three banks from America’s coral reef northernmost area are attached to it. This beach diving site attracts many species of fish that you can get a close-up look at. Large types of sea creatures that you will notice moving about in the water are hammerhead sharks, spinner dolphins, whales, silky sharks, and manta rays. During the first full moon in August, you will enjoy a spectacular coral underwater spectacle that will send your imagination soaring. During the August full moon also, thousands of sea inhabitants gather around the coral reefs for a feeding frenzy.

To include in your bucket list of scuba diving locations across the US to visit when next you hit the road, check out Bonne Terre beach and diving site found in Missouri. This site is only an hour’s drive from St Louis and is a diving paradise for those who want to get their feet wet. The site was once used for mining but was later abandoned before the sea took it over. Today, divers from all over the world visit the site to explore its layout and learn what they can from it. There are diving guides stationed at the mine who will guide you through the 24 routes that make up the underwater old complex. You will see some mining tools left behind by the miners who used to work, which include shovels and picks. Plus, you'll catch a glimpse of some ore cars and even a water fountain that was utilized to quench the workers' thirst and keep them from getting dehydrated while they work. Rooms of various sorts such as a geology lab and different offices can also be found within the mining structure as well. Divers can even explore the remains of a movie theater as they pass through the entire underwater layout. 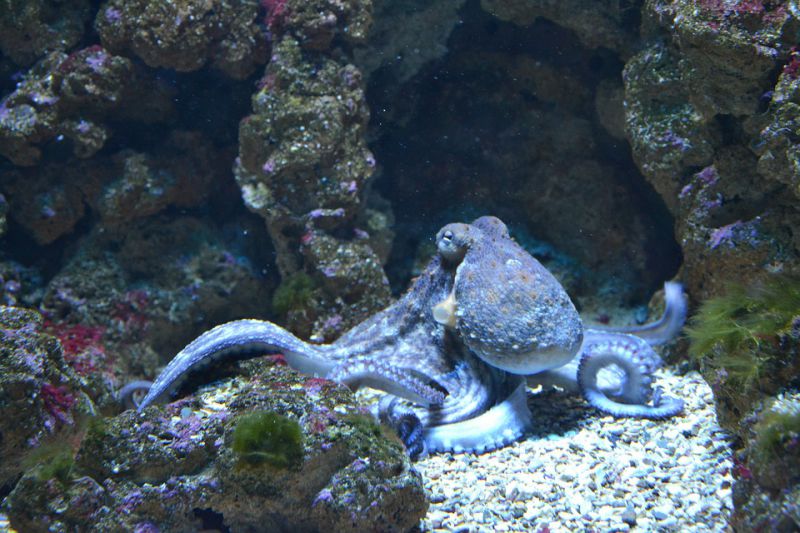 Swing your RV in the direction of Washington and visit the region north of Seattle. Here, you'll come across the Puget Sound, where you will find an array of scuba diving sites waiting for you to explore. A favorite diving area for divers visiting Puget Sound is Edmonds Underwater Park, where you can find ratfish swimming. Dead Man’s Wall is another great location for those who love underwater exploration. At Dead Man’s Wall, you will see giant octopuses, lingcod, and skates. While you are in the Puget Sound region, you may want to also visit Day Island Wall and have the pleasure of feeding wolf eels there or watching other sea inhabitants like sunflower stars, anemones, and kelps that all help to make up the invertebrates family. 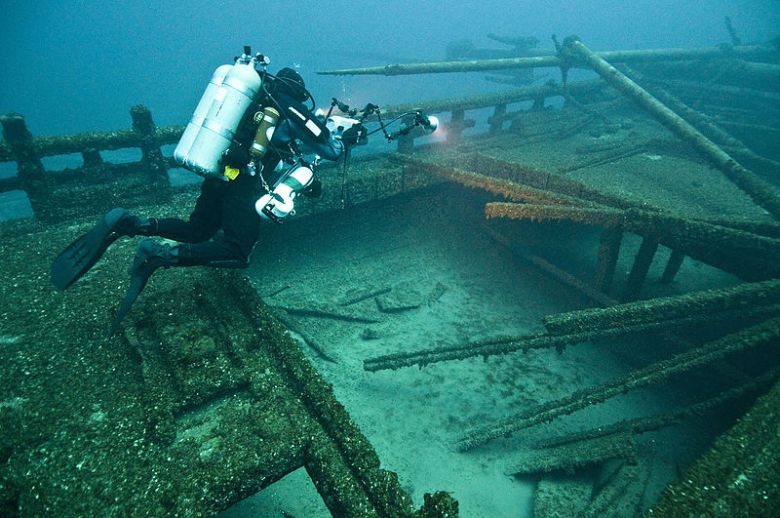 Lake Huron in Michigan has a host of scattered wrecks for adventurous scuba divers to explore. There is a saying among folks that since the area has only a few lighthouses, as many as 75 sea vessels ended up sinking here. The graveyard wrecks consist of a wooden steamer, steel steamer, and three schooners that surprisingly are still intact. Thunder Bay National Marine Sanctuary is home to about 50 wrecked ships that you can see when visibility reaches about 50-ft (15 m). The Cornelia B. Windiate wreck can be found at Shipwreck Alley and the Metropolis that went missing during a heavy snowstorm in 1886 can be seen at the Grand Traverse Bay Underwater Preserve. At Lake Huron, you will see an endless amount of diving possibilities staring you in the face.

As you take to the road to your next RV rental to the various scuba diving sites found in the US, make sure to bring along your camera, wetsuit, and diving gear. You will have plenty to see and talk about.