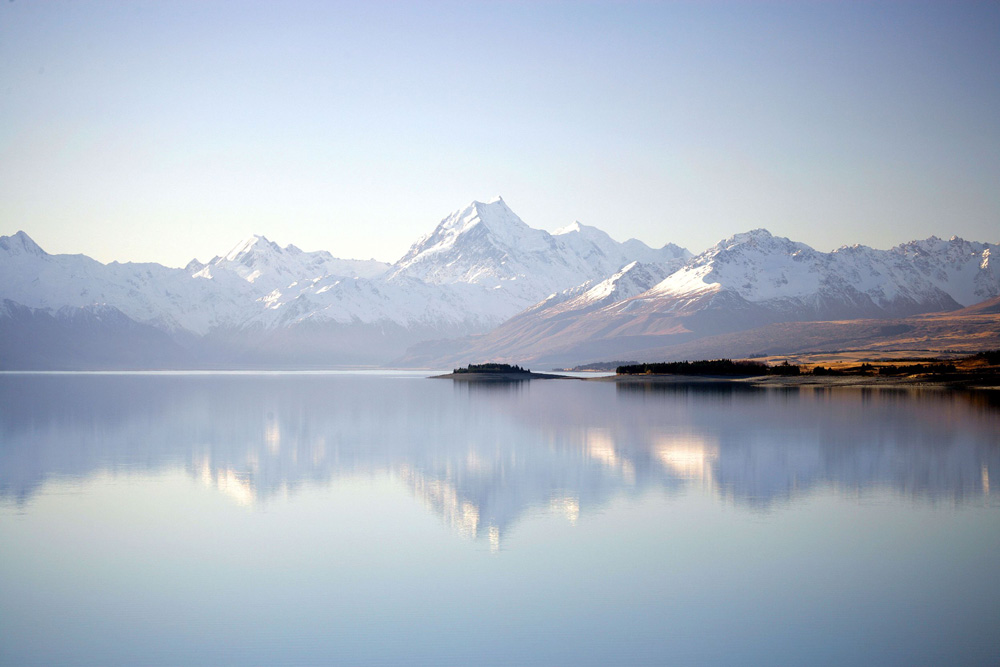 This Company has ceased trading, or is otherwise no longer operating.
EDITOR'S SCORE
Rated 3.0 by Editors

Have you experienced G and J Campers? Help others learn about this company by sharing your first-hand information with other road-trippers.

What is below will give you a glimpse of what the company was however, it has been expanded and given a new lease on life by the new owners who are relishing their new liefstyle as owners of a campervan rental company!

What G & J Campers Tells Us

G & J Campers offer personal service with pride. They have a great range in their fleet and despite only having the one main depot in Timaru, can arrange pick up and drop off pretty much anywhere on the south island. If you are in need of Auckland as a destination this can also be arranged.

The fleet of G & J Campers are classified into 2 berth, 4 berth, and 6 berth. They have three kinds of vehicles for the 2 berth, two 4 berth, and three 6 berth. Most of the vehicles are equipped with solar panels and they also come with the basic needs for living like kitchen needs, showers and toilets, and beds.

The 2 berth vehicles of G & J Campers have three models: 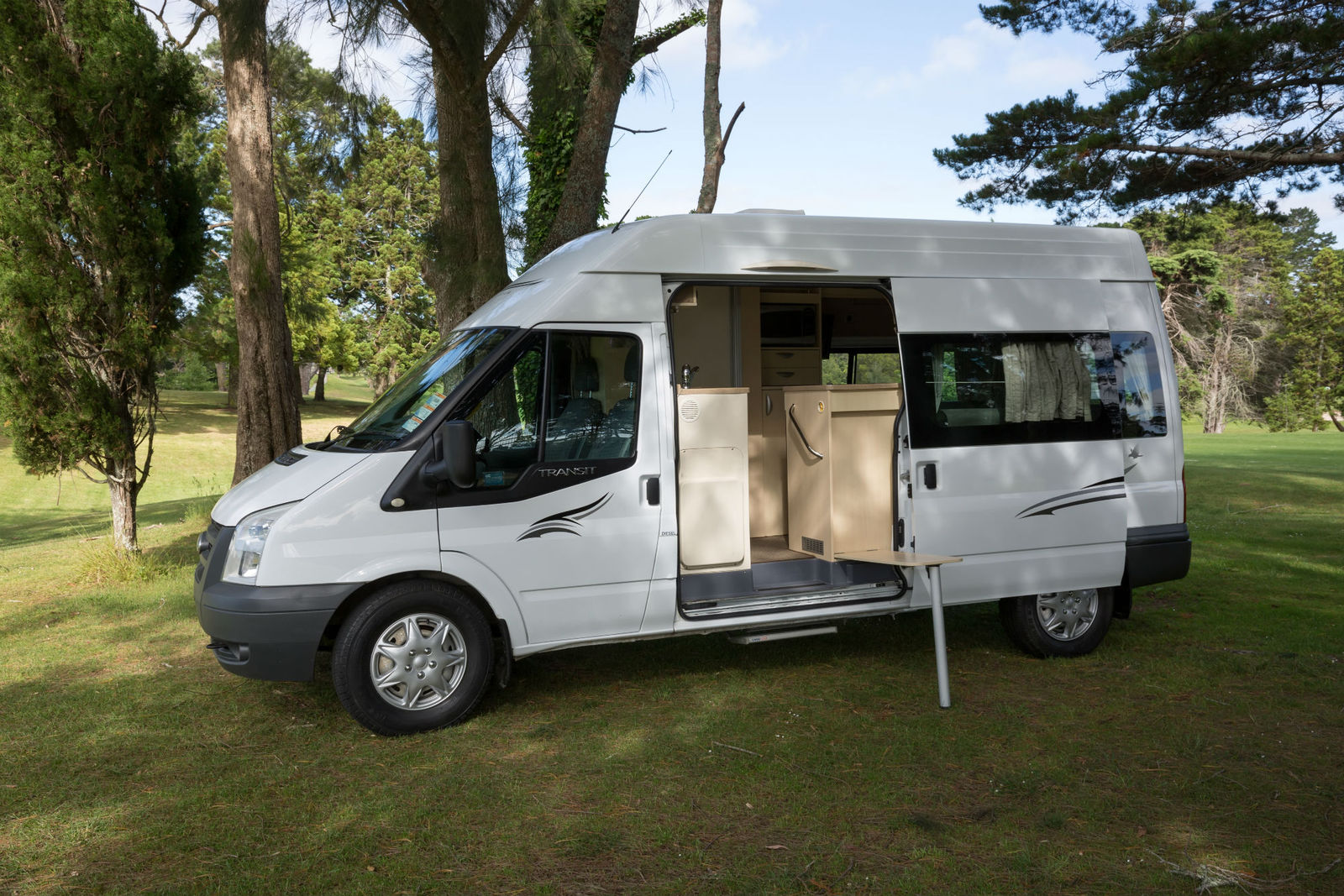 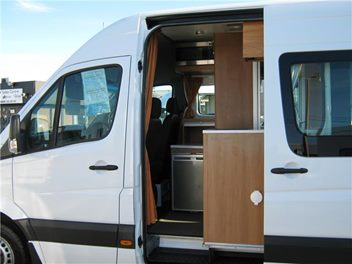 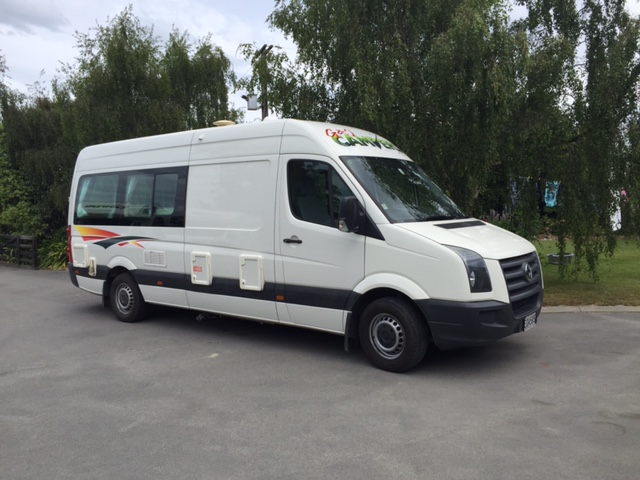 All three models have similar features. They all have DVD player and stereo, toilet, microwave, gas stove, and water tank among others. Air condition and heater are present as well so you can adjust the temperature depending on your liking. Kea Freedom Transit and Mercedes can sleep two persons. However, they also have Mercedes 2+1 which can sleep three persons.

All models of 2 berth have solar panels on them and fly screens fitted to windows.

Merc Navigator Mercedes Benz and Fiat Navigator are the vehicles for 4 berth. These vehicles have the same features but they just vary in their models. Both have air conditioning system in the driver’s cabin, air bags, and seatbelts. Likewise they have radio and CD players for entertainment. Travelling and camping out doesn’t have to be boring.

As for their comfort features, the vehicles have two beds, shower, toilet, and water tanks. Your kitchen needs are also met with the availability of hobs, grills, and microwaves. You also don’t have to worry about your frozen goods for these vehicles come with a freezer. 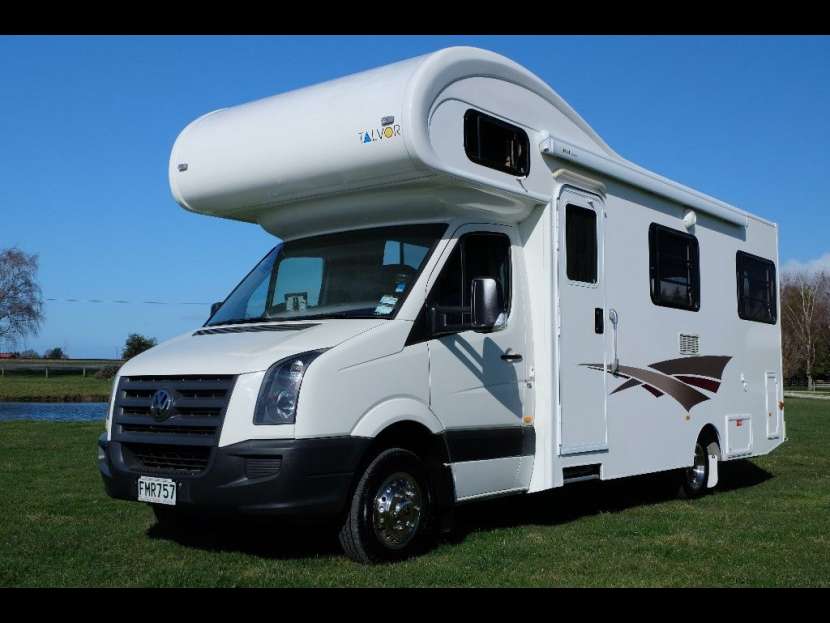 2008/09 VW Auto, 2010/11 VW Auto, 2015 Fiat Motorhome, and Mercedes Benz Sprinter are the models for the 6 berth. The 2008/09 VW Auto has an awning and a separate hinged door with a fly screen. It has a pull out entry step so going in and out will be much easier. It has two child restrain points which means kids will have their proper places inside this vehicle. 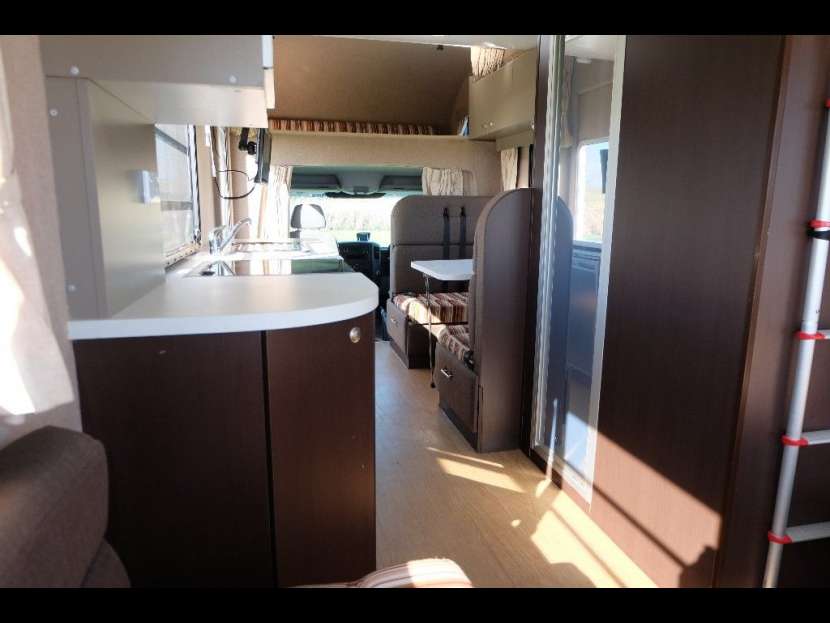 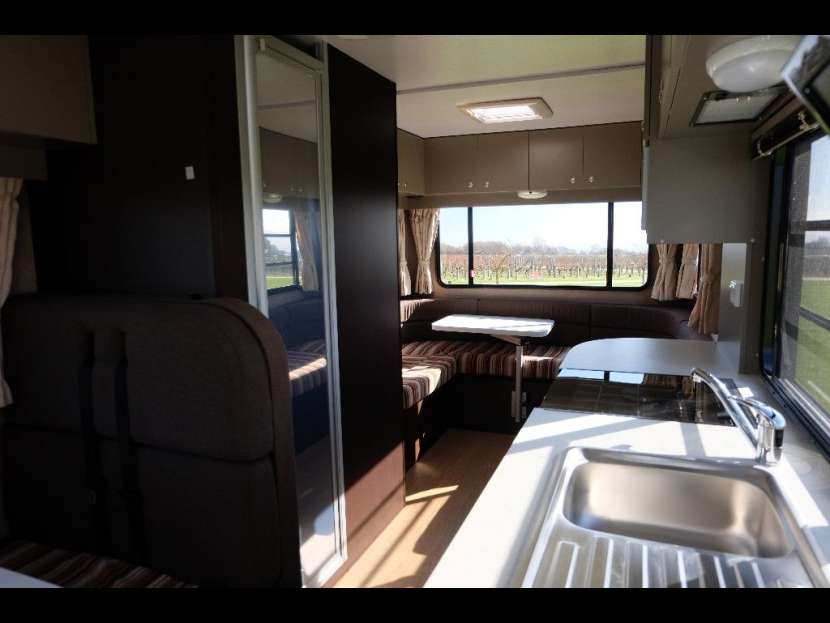 2010/11 VW Auto has one satellite dish and a reversing camera. It likewise comes with a flat screen television for more entertainment. Just like the previous vehicle, it also has an awning and a separate hinged fly screen door. The air conditioning system can be found in the cab and in house. Both vehicles contain the basics like kitchen, toilet, and shower. 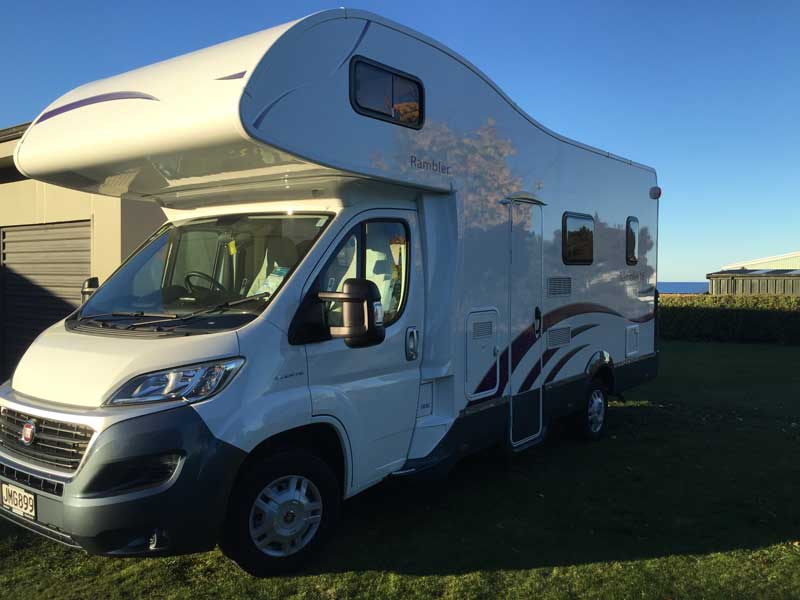 The 2015 Fiat Motorhome has an external light above the entry door which is very useful when moving around at night. Its shower and toilet are separated so two persons can use the features at the same time. This model has a lot of bed spaces compared to the previous ones mentioned.

Mercedes Benz Sprinter has a front and side entrance and contains three beds. This is better for those who would like to bring along more friends. It also has a freezer and shower and toilet. You would be able to cook a lot of dishes since the kitchen is equipped with a hob, grill, microwave, and range hood.

Only one insurance option is offered by G & J Campers. They only have full cover insurance with $1500 NZD liability excess for all vehicles including the $250 NZD for the windscreen and only accepts credit card imprints. The standard insurance is already included in the rental price. If you’re below 25 years old, the excess is at $2500 NZD.

A number of testimonies can be found about G & J Campers. And they’re actually really nice to read since they contain mostly good stuffs about the company. Most costumers are giving good comments about the services and the personalities of the people of the company. It is also worth noting how some people included in their testimonies inviting others to try G & J Campers and choosing the company again whenever they need it.

When you read the testimonies of G & J Campers, all you’ll have are the good ones. And even if there are some not-so-good ones, I think the good ones can overshadow them. This is a decent company. 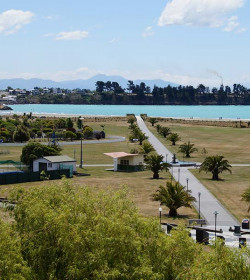 Have you experienced G and J Campers?
Be the first to leave them a review and help others on their journey.