Tasmania Campers cancelled my booking. They then proceeded to tell me that ...

Horrible customer service, I have never been spoken to so rudely by a busin...

I don't normally do this but there is some confusion about all the names for Tasmanian campervan rental company, so I will give you a quick breakdown first so you know you are in the right place...

Tasmania Campers (this review) is a Tasmanian campervan rental company with a logo that looks like this.   https://www.tasmaniacampers.com.au/

Tasmanian Campervan Hire, which can also mistakenly be known as Tascamper because it's web address is http://tascamper.com, has a logo that looks like this.

Tasmania Campervan Rentals is a different company but very similar name and have a logo like this. http://www.tasmaniacampervanrentals.com.au/

Running a fleet of older and fairly modern sleepervans, bush campers, and bush challenger, Tasmania Campers takes you to some scenic landscapes and off the beaten tracks. This Hobart-based company is a budget premium campervan hire, catering to couples and small families only.

Focusing on standard vehicles for budget-conscious travellers, Tasmania Campers also offer 4-wheel drive bush campers and bush challenger among their vehicles. They prioritise “driver-friendly” campervans at low rates, which means you get what you pay for while self-driving their vehicles around Tasmania. They are part of a collective of campervan hire companies, including Captain Billy's 4WD Hire and Devil Campers in Australia, as well as Tui Campers, Tui Sleepervans, Freedom Campers, and Budget Campers in New Zealand. Their depot in Hobart is just a few minutes from the airport. Plus, they have one-way rentals.

The Tasmania Campers fleet now consists of eight models—one sleepervan, four campervans, and three 4WDs. As to the age of the vehicles, these are fairly old units, ranging from 2003-2011 models. All vehicles, aside from the sleepervan, are suitable to be equipped with child seats. So, if you're travelling with kids, these units are suitable for an awesome family adventure. Just in case you do not know, they have the same vehicles as Devil Campers. It's because they are sister companies under the Tui Campers.

The most basic model offered by Tasmania Campers, the 2003 Sleepervan features two front-cabin seats and a small double bed that converts from a daytime couch. Running on unleaded, it allows for both automatic (4-speed) and manual (5-speed) transmission, making it an adaptable vehicle for a budget-conscious couple. Although it’s certainly not roomy, Tasmania has also managed to squeeze in a mini-kitchen with a built-in gas stove, a separate cooler box, and storage under seats. 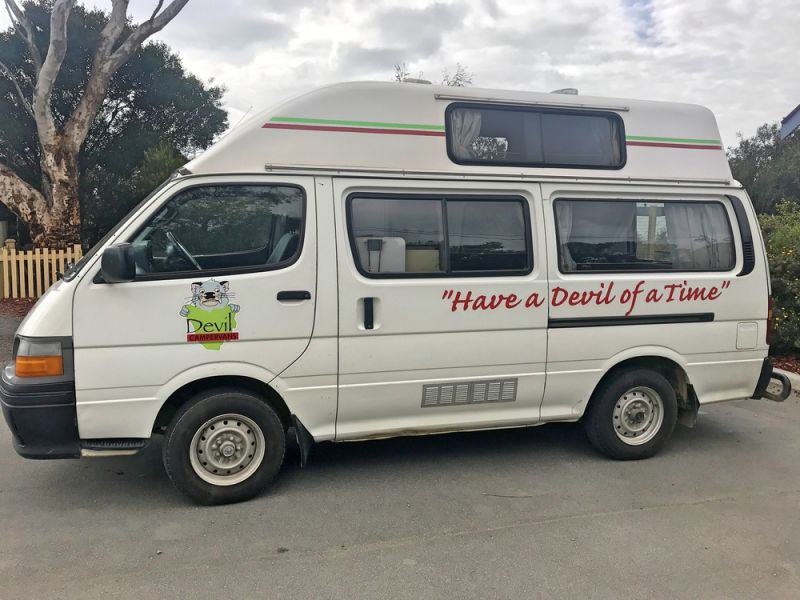 Because of its size and layout, the Devil Finder is such a coveted camper. This manual unit lets you travel around Tasmania in an economical way. It has a decent double bed and a single bed that provides sleeping space for up to 3 persons. Further, it's stocked with all sorts of camping essentials such as cutlery, crockery, towels, linens, and more!

The Trail Finder 2+1 is a step up from the Sleepervan—slightly larger and more spacious. The front cabin features belted seats for three, while there’s an additional fold-out single bed in the roof area, which is above the convertible couch. This is an automatic transmission campervan is built on a 2006/ 2007 model. The extra space is used very economically, allowing for the inclusion of a 2-ring gas cooker and the Trail Finder’s fridge. The fridge runs off the 12V battery when driving and off the mains when the vehicle is plugged in at a campsite. In our experience, this is a much better option than having a cooler box with ice that’s susceptible to melting and spoiling food. Rear-cabin heating is also available when the vehicle is hooked up to power, giving the Trail Finder an edge over the Sleepervan if you’re planning to travel in the winter months. 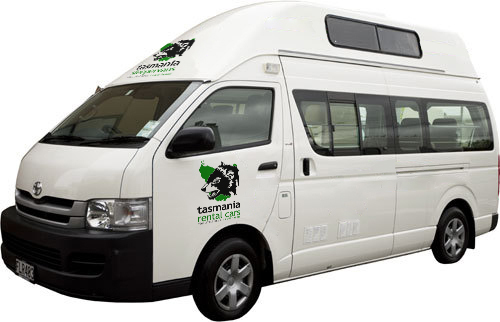 For bigger groups up to 5, the Trail Finder 4+1 might be the perfect, economical choice for you. This automatic camper gets you to your destination comfortably. It comes with three seating at the driving cabin and two forward-facing seats at the rear, which can fit child seat restraints. Featuring its vertical space, this gives the interior a roomier ambiance, without leaving behind the essentials―two double beds, dining area, kitchen, and storage spaces. 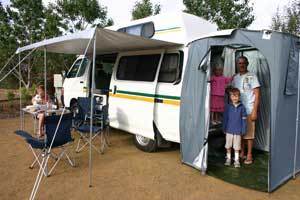 Slightly pricier but ideal for families of up to two adults and two children. The 2003 3+2 Trail Finder campervan is also an automatic transmission vehicle, which runs on unleaded. Although it has the same dimensions as the Trail Finder, there is space for a full rear awning kit to accommodate two camp beds, along with the fold-out double bed and the single bed above it. Hence, this camper can sleep up to five in total. Its inner layout is also different, with two rear forward-facing belted seats in the living area, as well as the three front-cabin seats. In addition to the 55-litre fridge and 2-ring gas cooker, identical to those of the Trail Finder, there’s a 240V mains-connected microwave.

The 2011 Bush Camper 2 Berth—a Mitsubishi model with manual transmission—is suitable for adventurous couples. If you’re looking for more space than you’d get with a Trail Finder campervan, but don’t want to shell out for a full-blown self-contained motorhome, this is your best option. Unlike the Sleepervan and Trail Finder models, it runs on diesel fuel. One permanent double bed in the overhead cab and a fully furnished kitchen await couples inside this off the road camper.

Also built on a 2011 model running on diesel, this 4WD unit is also dubbed as the 'Outback Camper'. It is designed for family adventures and lodges in up to 2 adults and 2 children. Featuring full cooking facilities, this unit comes with a convertible couch from the living room and another permanent cab-over bed. Its kitchen amenities—a microwave, a 2-burner gas stove, and a 64-litre fridge-freezer—make it ideal for feeding a family with no fuss. Plus, everyone will enjoy the large retractable awning and external cold-water shower, although it lacks toilet facilities.

One distinct unit on the fleet is the 2/3 Berth Bush Challenger. This 2011 4WD sports a custom-built interior for extreme outback comfort. The rear lounge alters into a double bed while there is a rooftop bed for one. For added adventure and convenience, a manual awning is provided, as well as external cooking facilities.

Tasmania Campers requires the bond to be paid by card imprint upon entering into the rental contract, to be refunded later if the vehicle is returned without damage and with a full tank of fuel.

Whatever your choice, you will be required a credit card imprint upon vehicle collection.

Going by the principle that ‘no news is good news’, Tasmania Campers’ reputation can be gathered from the fact that they have been in business for years. They have plenty of reviews available online, with a mix of positive and negative assessments. The innovative, space-economising designs of their vehicles, particularly the Bush Campers, have garnered some praise; however, many reviewers have noted disappointing customer service and older and badly maintained units. Be warned that they won’t consider broken items like a stove, water pump or fridge “mechanical breakdowns”—some other companies take more responsibility for faulty amenities. Also, none of their vehicles are self-contained, meaning you can’t freedom camp unless specifically permitted to do so by national park regulations. On a positive note, the close proximity of their Hobart depot to the main airport terminal on Tasmania and one-way rentals are plus factors.

With inexpensive excess reduction options and budget-friendly prices, you can take your pick of the vehicles in Tasmania Campers’ small but serviceable fleet, and get the freedom of a low-cost self-driving experience around the island. 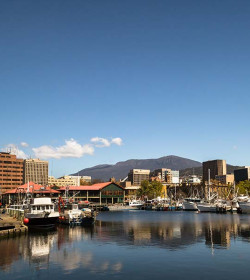 Tasmania Campers cancelled my booking. They then proceeded to tell me that I wasn't able to get a full refund as stated in their cancellation terms. A) I did not cancel, they did and B) Extremely slow and unhelpful in replying. In times where the mantra 'be kind' is more important than ever, this company shows absolutely no evidence of fairness. I'd advise booking elsewhere as other companies deserve your custom.

Horrible customer service, I have never been spoken to so rudely by a business owner. Absolutely appalling way to deal with customers. Not to mention the van itself was incredibly old, mouldy and broke down on us on the side of the highway. The owner is a complete scam artist and was awful to deal with. The whole experience was a nightmare and could have easily been avoided if we had gone with a better company. Next time I would happily pay more to deal with a company that is respectful and professional.

"Tasmania Campers - Not Cheap but Nasty"

I hired a camper van from Tasmania Campers Hobart in February 2018. The vehicle leaked when it rained, the beds got wet and we were unable to sleep in the bed three of the seven nights. I have contacted Tasmania Campers twice but have not received a reply. I recommend that you DO NOT hire from this company.

I also cannot believe there are no bad reviews of this appalling company. Briefly, both campers we were shown and refused to take, were health hazards. Shabby, damaged exteriors and filthy mould ridden, rusted and rotten interiors. The inside of one fridge had a crack right through its base which was filled with dirt. The ceiling of the other was covered in mould and black grease. The editor is incorrect saying they are all modern vehicles as not one is post 2000. The manager was rude about 2 previous customers and a phone enquiry so don't expect to be treated with anything but distain.
Do yourself a favour and go elsewhere, anywhere but here.

To all potential campervan renters, please give the company 'Tasmania Campers' a miss! Firstly, expect to pay double the quoted cost for your rental once all the absurd 'add ons are put on your bill', including a $50 fee for pick up after 3:30pm, which is the office closing time! Note also that the office is a $12-15 cab ride from the airport, even though the ad we saw said pick up/drop off is from Hobart airport. The 'included linen' is lumpy old pillows and doonas, obviously laundered at the office/house - judging by the washing hanging on the line. The inverter we paid an additional cost for (and the owner had to 'tweak' before we could take off), packed up after the first night. The onboard water tank was also subjected to the owners screwdriver before we could take off. He shrugged about the rusty colour and black specks in the water. Oh, and allow at least an hour to pick up your ramshackle vehicle, as the owner will need to enter your details on his computer, typing at a glacial pace (even though he has had your booking for two weeks), and then of course, he'll need to get the screwdriver out to ensure things are 'working' before you leave. I could go on....

i cant believe this web site says no bad reviews about this company??

Let me start by telling you the 2 plus three berth we got was an old smelly beat up warn out piece of JUNK with pathetic fuel economy and the guy Bill over there is a mean old cranky bastard of a human who is lucky i didnt punch in the face.

the lady that dropped me to airport was nice.

never again avoid at all cost